It’s time to rumble in the official Ryan’s World game from Amazon Kids! Super Spy Ryan - an online multiplayer rumble arena for kids! Ryan and his hero friends need your help as they rescue stolen party gifts from the evil mastermind Packrat! In this multiplayer game, players can team up to rescue presents, avoid traps and robots, and have fun! 3v3 games with tons of action – Players compete to collect more toys than the opposing team then protect their lead for 10 seconds to win! Each player can use stealth and unique abilities to sneak around guards and opponents and rescue the presents. The Galaxy Explorers season brings you new, cool space items to unlock! Customize Ryan and his hero friends! Players can rumble with their favorite abilities like Slime Cannon, Water Balloon, X-Ray Goggles, and more in an action-packed space-themed arena! Fun 3v3 games await in the rumble arena! Enter Ryan’s World and help Ryan and his hero pals rescue presents! SUPER SPY RYAN FEATURES: Multiplayer Rumble Arena - Enter the Galaxy Explorers season for a space rumble adventure! - Action games with nonstop-fun – Rumble with robots, avoid traps, and rescue gifts from Packrat! - 3v3 online multiplayer games that are both fun and challenging! - Robots will take players’ toys away – avoid them by using the stealth skills to win the arena game. - First team to rescue 50 presents starts the final countdown to victory. Customize Ryan and Friends - Unlock and upgrade Ryan’s group of hero buddies! - Epic game with Slime Cannons, X-Ray Goggles, Water Balloons and more! Choose your favorite abilities. - Get spy outfits & colors, emotes, and more. Safe Online Multiplayer Games - Players will have fun and parents will feel secure with our safety feature Super Spy Ryan characters are based on the popular Ryan’s World brand. Ryan's World is a children's YouTube channel featuring Ryan Kaji. NOTE TO PLAYERS • This game is free to play, but it contains items that can be purchased for real money. To restrict in-app purchases please see your device’s settings. • Players can also choose to play the game online with bots. Some features require an active internet connection. Offline play is not supported at this time. • We take privacy and security seriously. In online mode, players are randomly matched with up to 2 other players, and each player is assigned a random user name. Players cannot send free-form text messages or engage in any other two-way communications with each other. • Players may choose to team up and play with friends on separate devices using the Party feature. This feature is only available to players who are on the same wi-fi network to ensure a safe & secure cooperative play experience among real-world family and friends. To use this feature, one player will choose Create in the Party menu. A randomly generated five-digit Secret Code is provided. 1-2 other players may now join the Party by selecting Join under the Party menu and entering the Secret Code provided by the player who Created the Party. If a player leaves the party, disconnects from the wi-fi network or closes the game, they must follow the same steps above to Create or Join a Party again. This party feature does not create a friends list and does not share or store personal information. • Amazon Kids+ subscribers receive the Premium Season Pass at no additional cost, and will have the option to purchase other in-game items via IAPs. Non-Amazon Kids+ subscribers can play the game for free and will have access to limited free content of the Season Pass. Non-Amazon Kids+ subscribers will also have the option to upgrade to the Premium Season Pass and purchase other in-game items available via IAPs. • Super Spy Ryan does not have any in-game advertising. • By using this app, you agree to Amazon Kids Games Terms of Use (https://www.amazon.com/gp/help/customer/display.html?nodeId=G9JUC5MPTMG3GCQH&view-type=content-only) and Amazon’s Privacy Notice (www.amazon.com/privacy) 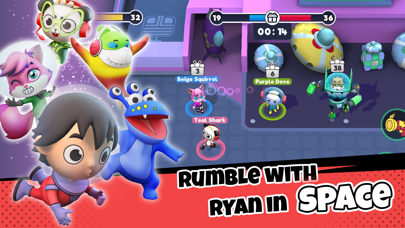 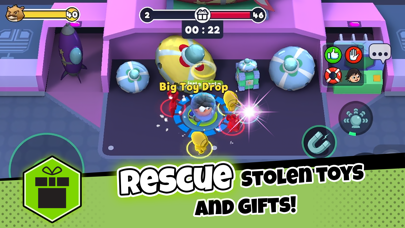 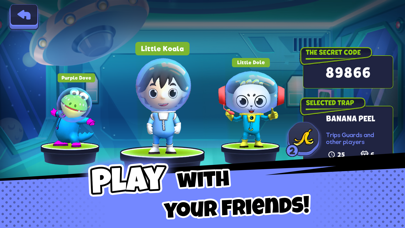 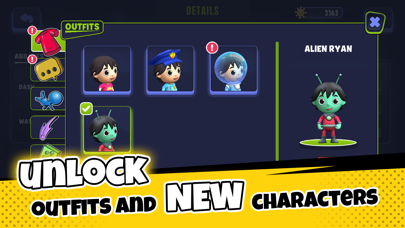 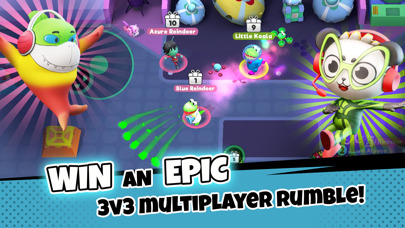